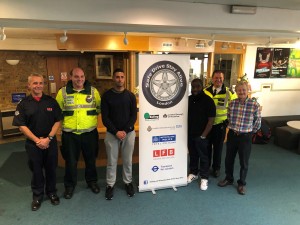 The annual road safety performances of Safe Drive Stay Alive took place earlier this week at Questors Theatre in conjunction with the London Borough of Ealing. Targeting year 12 students in sixth form, speakers from the emergency services (LFB, Met Police and Ambulance service) shared their experiences of attending to road accidents alongside families directly impacted by collisions. Their personal accounts were hard-hitting and understandably led to emotional reactions amongst the audience.

The performances started with healthy competition between schools as students competed against each other in a road safety themed quiz. They answered questions on topics such as the pass rate for the UK driving test (answer: 50%) and learnt about how many central London tube journeys are walkable (answer: 50+). As the show progressed, its content grew more serious and the atmosphere within the theatre noticeably shifted. 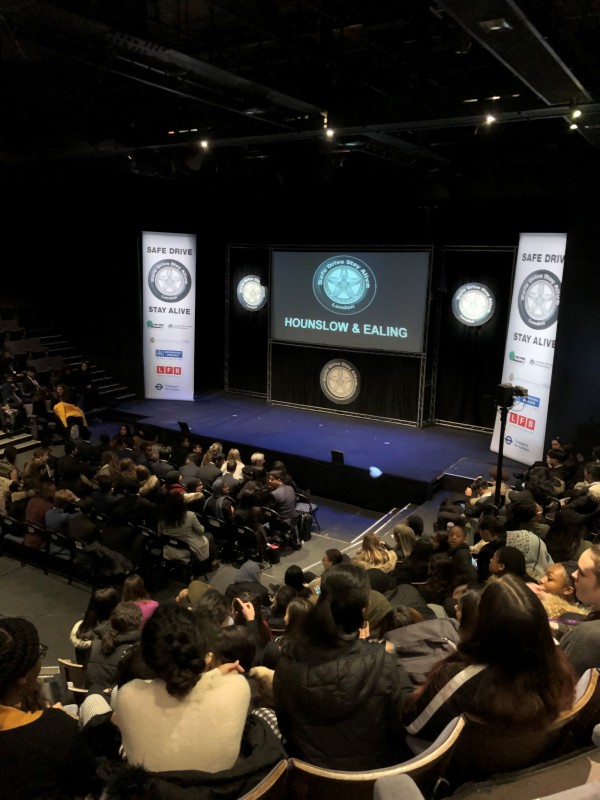 Although young people make up a relatively small proportion of drivers in the UK (7%), they are over-represented in accidents (20%). This is due to both increased risk-taking and inexperience which means they are less likely to see potential hazards as quickly as others. The number of drivers driving under the influence of drink or drugs and distracted by mobile phones, are also more likely in this age group. The aim of Safe Drive Stay Alive therefore, is to share some of the harsh realities that can come from our decision-making as both drivers and passengers. It highlights the importance of wearing seat belts, driving to the speed limit and not giving into peer pressure.

Isleworth and Syon, Rivers Academy, St Marks and Brentford School for Girls were some of the Hounslow schools in attendance this year. Members of the audience described the show as ‘harrowing and impactful’ as they left the theatre in a more sombre and reflective state than they arrived. Despite the heavy subject matter, many of the sixth formers aged 16-17 are about to begin an exciting period of driving lessons and first cars in the coming years. This week’s performances serve as a reminder to take care and be safe on the roads when learning such an important life skill. They don’t set out to put young people off from driving, rather their purpose is to educate and prepare new drivers for the road where so much can be out of our control.