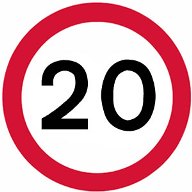 Hounslow's first Junior Road Watch took place this week at Edison Primary in Hounslow West where traffic calming around the school is especially important. Situated on Vicarage Farm Road in one of the borough's 20 mph zones, the students are in close proximity to passing traffic at all hours of the day.

The Junior Road Watch programme sees council staff and police working with small groups of students to educate motorists on the importance of road safety and the consequences of speeding. While the scheme is usually aimed at 9-11 year olds, Edison’s year 3 students took part as the school’s eldest year group.

After introductions and instructions, the kids were ready to get stuck in. Decked in high-vis jackets with clipboards at the ready, they were efficient assistants to the police officers leading the exercise. PC Damien Lynch from the Hounslow Safer Transport Team, began by demonstrating how he stops motorists driving at an excessive speed using a high tech speed gun. The children didn’t have long to wait to witness the action as speeding cars were brought to a halt within minutes of each session. Sergeant Mehat and PC Simpson then ran checks to make sure there were no other issues with the vehicle or driver. Offenders were then provided with a choice; receive a ticket and three penalty points on their licence – or talk to the pupils.

Unsurprisingly, a safety lesson from the year 3s proved to be the more popular option. The students bravely took drivers who exceeded the 20 mph speed limit to task, asking them questions ranging from “Were you wearing a seatbelt?” to “Could you tell me what you thought the speed limit was?” They were also asked to identify signs such as the one below. 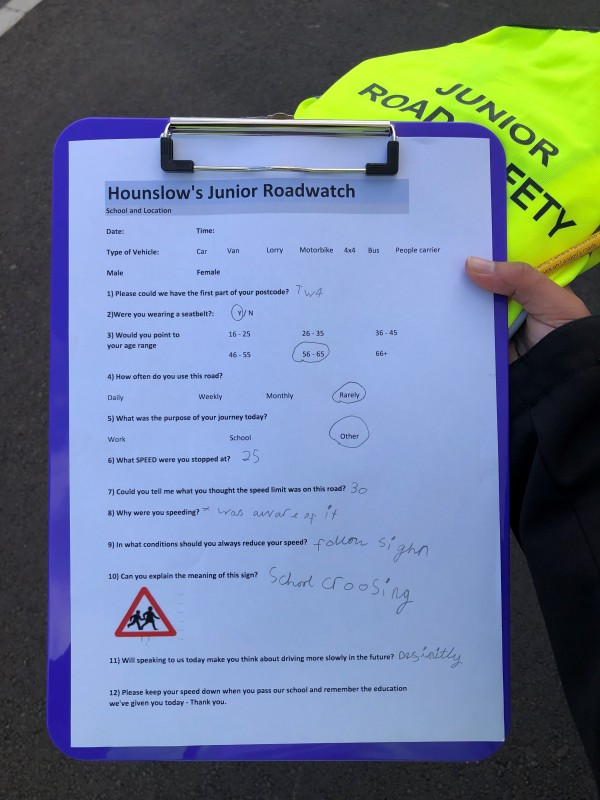 The speeders were very apologetic to the 7 year olds, promising to take better care on the road and be mindful of the growing number of 20 mph zones in Hounslow and London as a whole. They left with an education they certainly won’t forget any time soon as the children reminded them of the importance of road safety, particularly outside schools.

Hounslow Council will be talking to schools across the borough over the next academic year to see if they would like to take part in the scheme. So far, a number of schools have expressed an interest, with sessions already in the pipeline for Westbrook Primary, Isleworth Town and Chiswick School.
The first Junior Road Watch proved to be a success and we look forward to working with the police officers and other schools to expand the project further.