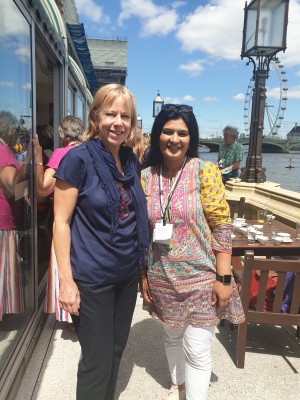 On Monday 1st July, our team member, Fatima Ahmed had a very unique start to the working week with a visit to the House of Commons for a cycling celebration! After a mystery nomination to Cycling UK, we were all delighted to learn that she had been recognised as one of their '100 Women in Cycling' for 2019 for her instrumental role in getting more people on bikes in the London Borough of Hounslow.

She spent the day with 100+ inspiring women, first cycling from Guildhall, through the city and along the Cycle Superhighway 3, to the Houses of Parliament where she received a certificate for her achievements. For someone who only began cycling 3 years ago, Fatima has done wonders for active travel in the borough. For example, we've seen a significant increase in the number of participants on Adult Cycle training sessions which jumped from just under 100 adults attending back in 2016/17 to 1,686 over the last year! Encouragingly, more than 80% of the participants are women and/or from ethnic minority backgrounds, with an impressive age range from 16 - 82. 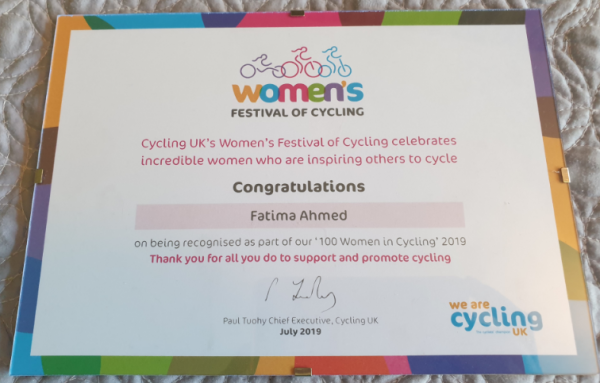 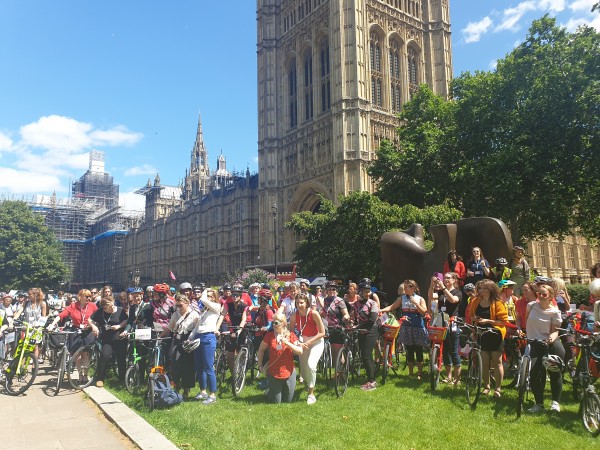 Fatima is also well known for the 'women only' weekly bike rides she helps run. The group is a necessary fixture in the borough, helping even out the disparity between male and female cyclists with the former outweighing the latter 3x over! The Hounslow Biking Belles are a regular sight dressed in their signature pink tabards as they cycle around the local area. You can come along and join them from the 21st July when their rides will be switching to Sunday afternoons at 13:30 from Lampton Park. 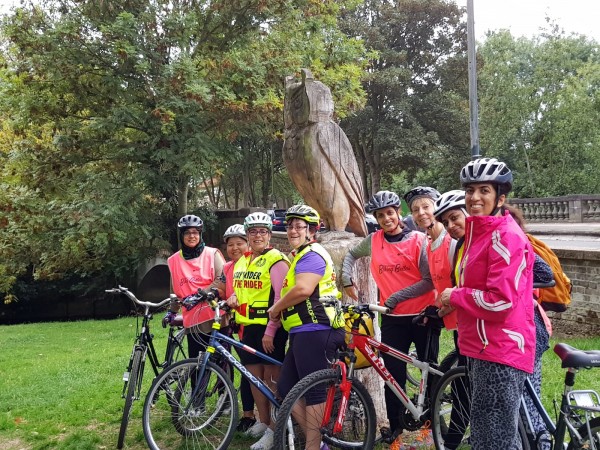 The 100 Women in Cycling reception was attended by many, including local MP Ruth Cadbury who shared her thoughts on what can be done to help more women feel safer while cycling. There were also speeches by Angellica Bell, Isla Rowntree and Baroness Barker who confessed to being 'the world's most unlikely cyclist'! 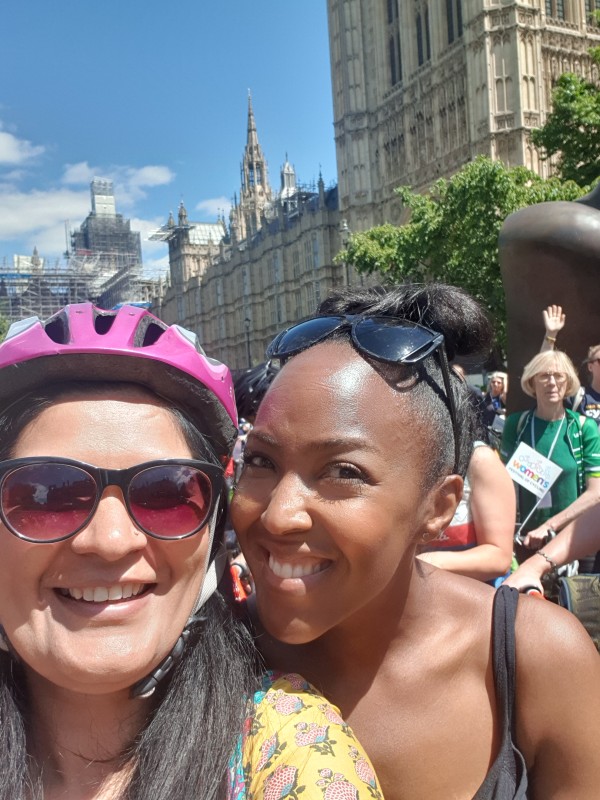 To have a read of Fatima's full profile and the other 99 women named, visit Cycling UK's website for everything riding related!