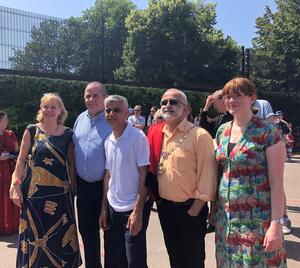 On Saturday 29th June, the Mayor of London, Sadiq Khan attended the grand opening of the Chiswick Oasis green wall installed at St Mary's RC Primary School. Made up of 12,000 plants, the 400ft long wall was the main attraction, pulling in visitors from the local community including MP, Ruth Cadbury, Mayor of Hounslow, Tony Louki and Leader of the Council, Steve Curran to name just a few.

Led by parent Andrea Carnevali, the Chiswick Oasis campaign received celebrity endorsements and financial backing to help the children at St Mary's combat the effects of being so close to the A4 dual carraigeway. 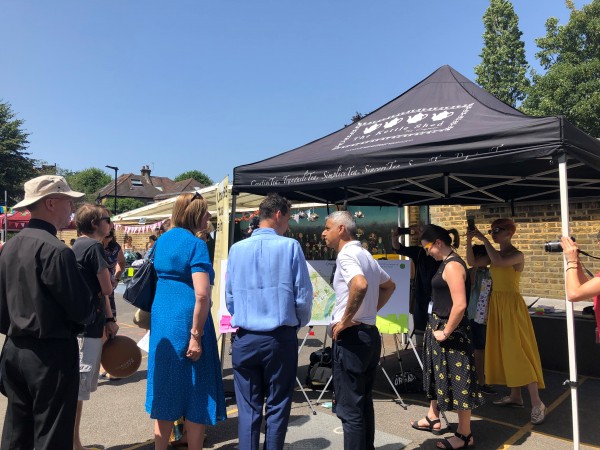 Saturday's event was a culmination of efforts, showcasing the various initiatives that the school has taken up including 'air purifying' paint used to redecorate the interior and air purifying units installed inside the classrooms. The public were given the chance to get involved by contributing to an outdoor mural with the purifying paint and by adding a plant of their own to the green wall with their name attached. These activities were accompanied by classic summer fair stalls, providing plenty of food, drink and entertainment for all. 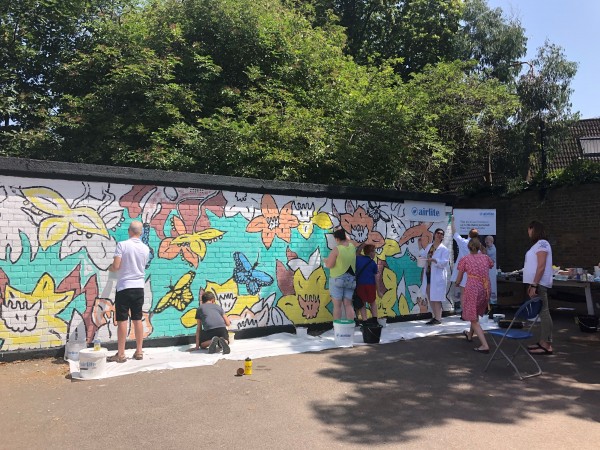 The Mayor of London had a front row seat to the school choir's impressive performance, followed by speeches from St Mary's headteacher, Miss Harte and Andrea of Chiswick Oasis. Sadiq Khan was then given the honour of officially 'opening' the wall and unveiling the plaque, saying a few words of his own to mark the occasion.

"I'm not a big fan of walls normally, I'm a bridge builder. There's one exception - a green living wall is one we can all love! One of the reasons why I was really keen to come along today is because this is an example of you teaching our children the difference they can make when they get involved".

He went on to say that "you've demonstrated by the transformation of this playground, the difference ordinary people can make when they want to do extraordinary things. You've proved it's possible for City Hall to enable Londoners to have their potential fulfilled". Through the Crowdfund London initiative, the Mayor pledged £32,000 to the Chiswick Oasis project, making it a true collaboration between the public and private sectors. 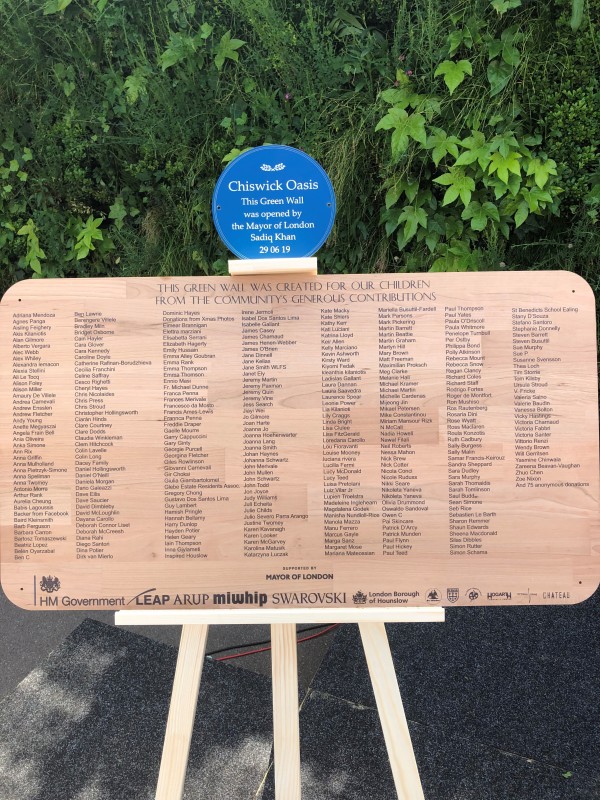 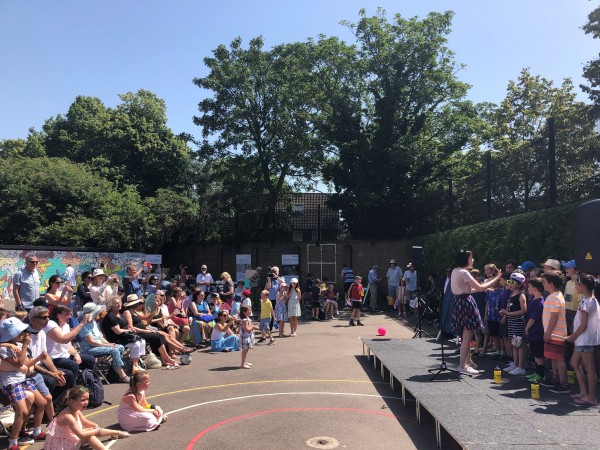